This article introduces main factors that effects the color change of fresh meat, and main methods in meat processing to keep fresh meat in it’s original color, including meat storage and packaging methods

The color of the meat is generally red in different shades, which mainly depends on the pigment substance in the muscle-myoglobin and the pigment substance in the residual blood-hemoglobin. If bleeding is sufficient, myoglobin accounts for 80% to 90% of the pigment in the meat. The color of meat is determined by the content and changes of myoglobin (Mb) and hemoglobin (Hb) in the meat. Myoglobin is the meat’s own pigment protein, which determines the inherent color of the meat; hemoglobin exists in the blood It is greatly affected by the pre-mortem state and post-mortem bloodletting, which has an impact on the color of the meat.
The color of the meat also depends on the degree of pigment protein and oxygen binding and the degree of iron oxidation when the meat is stored in air. When the state of iron is not changed and it is still divalent iron, its color changes depending on the presence of oxygen. When reduced myoglobin and oxygen combine to form oxygenated myoglobin, the meat is bright red. When the meat is stored for a long time, myoglobin and oxygen undergo a strong oxidation to generate oxidized myoglobin, the divalent iron becomes trivalent, and the meat is brown.
However, the degree of permeation of oxygen in the air to the surface of the meat is shallow, only about 2 cm below the surface of the meat. Therefore, oxidized myoglobin is not produced in the deep part of the large meat, and the center of the cut surface of the meat is still bright red. The rate of oxidative discoloration of meat is affected by oxygen content, humidity, temperature, air flow rate, etc. The lower the temperature and the greater the humidity, the longer the bright red color remains. According to the test, burdock carcass can be placed under 7 ℃, which can promote the formation of bright red under good management.
At the same temperature, the air flows quickly, which promotes the drying of the meat surface and accelerates the oxidative browning of the meat.

2) pH
Animal muscle pH was 7.2 to 7.4 before slaughter. After slaughter, lactic acid accumulated in the muscle due to glycolysis, and the pH decreased. After the animals are slaughtered, the speed and extent of the decline in muscle pH have an impact on meat color, water retention, protein solubility and bacterial reproduction speed. Generally, the average pH drops, the final pH is about 5.6, and the color of the meat is normal. Meat with higher final pH is dark, such as DFD meat, black cut beef, and so on. Too fast a drop in pH can also cause protein denaturation, muscle dehydration, and PSE meat.

4) Temperature
High ambient temperature, on the one hand, promotes the growth and reproduction of bacteria, thereby accelerating the formation of methemoglobin; on the other hand, high temperature accelerates the process of myoglobin oxidation reaction. Temperature has a positive correlation with the formation of methemoglobin, that is, with flesh color. It is determined that within a range of 3 to 30 ° C, the rate of oxidation of oxygenated myoglobin to methemoglobin increases 5 times for every 10 ° C increase, that is, Q10 is 5. In addition, temperature directly affects the activity of enzymes in the muscle and also has an important effect on flesh color.

5) Humidity
High humidity in the environment can form a water vapor layer on the surface of meat, which affects the diffusion of oxygen and slows the oxidation of myoglobin. Low humidity and fast air flow speed up the formation of methemoglobin and accelerate the browning of the flesh.

6) other factors
In addition to the above five factors, light, freezing, salting, etc. will also affect the color of the meat. Light irradiation will increase the temperature of the meat surface, thereby promoting the formation of methemoglobin and darkening the color of the meat. Quick-frozen meat is lighter in color, because the ice crystals formed are small and the light transmittance is low, so it appears pale. Slow freezing looks crimson. Salt promotes the oxidation of flesh pigments and is not conducive to the maintenance of flesh color.

How to keep natural color of fresh meat in meat processing

1) Vacuum packaging
In addition to freezing and refrigerating, vacuum packaging is currently the most commonly used measure for meat preservation. Vacuum packaging on the one hand can reduce bacterial reproduction and prolong the shelf life of fresh; on the other hand, it limits or reduces the formation of methemoglobin, keeping the meat’s myoglobin in a reduced state, showing a purple-red color, which can look like Fresh meat forms oxygenated myoglobin on the surface, which is bright red. 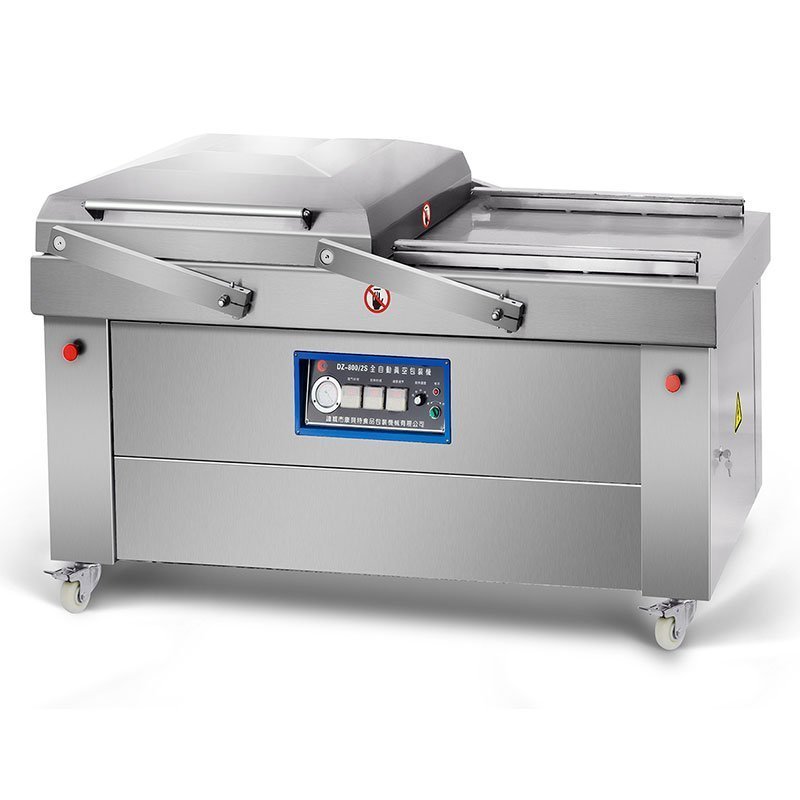 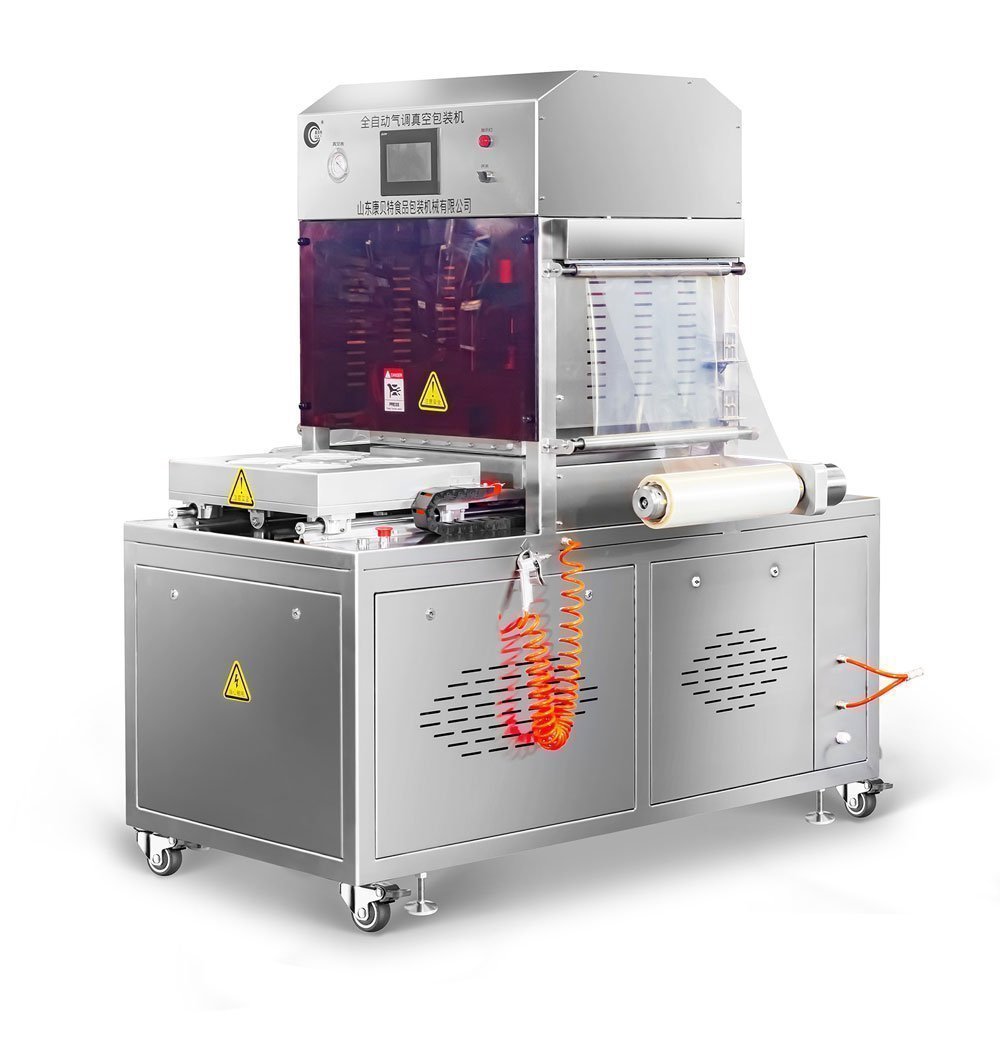 (1) Vitamin E. Vitamin E is an antioxidant. Tests show that adding vitamin E to feed can effectively extend the retention time of meat color. This is mainly because vitamin E can reduce the oxidation rate of oxygenated myoglobin and promote the transfer of ferritin to oxygen. Myoglobin transformation.
(2) Vitamin C. It not only has anti-oxidation, but also has bacteriostatic effect, and can prolong the color retention period. Vitamin C injections have the same effect before animal slaughter. 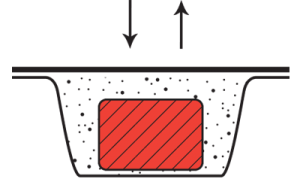 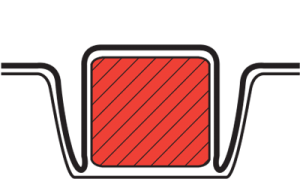 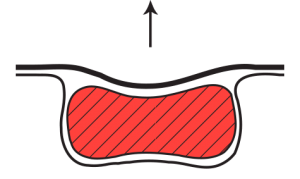 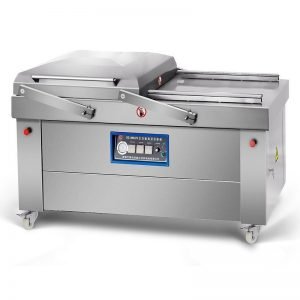 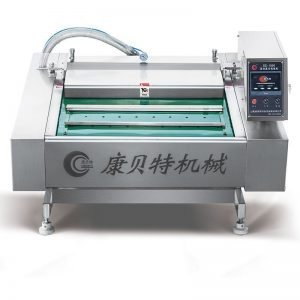